Why free speech is important in colleges 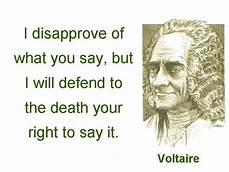 Over the past few years, there have been growing concerns about the use or lack of use of free speech at America’s college campuses. There have been protests and violent outbursts from students because they disagree with a campus speaker, educator or another student. This is because many people in this country believe in freedom of speech only when the opinion is on their side of an argument.
Earlier this year a national survey by the Washington Post and sponsored by the Bucknell Institute for Public Policy asked questions related to free speech on college campuses. The study found that although Americans generally support free speech at colleges many believe that it should sometimes be restricted and those restrictions change based on partisan identity or whether someone is Republican or Democrat. More than half of Democrats anywhere from 55 to 62 percent depending on the topic said they support restricting freedom of speech on the grounds of racism, sexism, or speech that makes students uncomfortable. While a large number of Republicans polling anywhere from %31 to %47 supported restricting speech on those same topics. A majority of Republicans polled also supported limiting free speech when teaching certain offensive or radical ideas and %41 of Democrats also did. There is something to be said if people are making threats against other students or physically harming others but the issue with limiting free speech is that it’s not what democracy is.
Racism, Sexism, and some other radical ideas are horrible and I don’t agree with them but I believe the best way to prove people like that wrong is to let them speak so people can hear how stupid they really are and prove them wrong. If you try to limit their ability to speak It will likely backfire and people may see them more as victims. These college campus protests aren’t always about racism, sexism etc. Sometimes they have been about different political opinions that are more common in this country like the political party one is affiliated with. In 2017 there have been many protests trying to block mostly conservative speeches from giving speeches. Remember that they do have the right to speak but you have every right not to agree with them and ignore them. Colleges prepare students for the outside world and i’m worried that this will spread to the outside world as well. Colleges are places for your opinions regardless of your beliefs or political affiliation to be challenged and even destroyed because that is what the outside world is like. This issue can not go both ways. Either we have free speech or we don’t and free speech is something we absolutely can’t lose. Because of free speech, I’m able to make opinionated articles like this that some may agree with and many may not. That’s the way things need to be to maintain and hold on to all other freedoms we have.