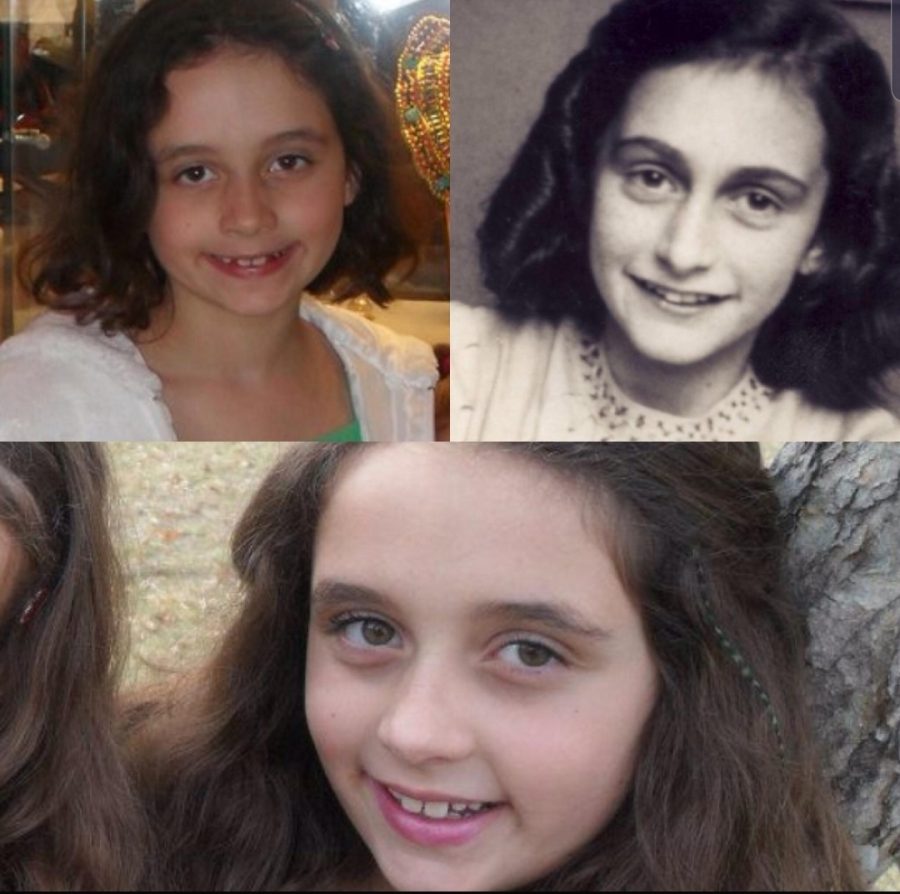 McKenna Murray, a senior at CIHS has an ongoing joke with her family and friends. Even Mr. Filley, a world history teacher in the South House, is in on it.

Ever since McKenna was born, her mom kept saying she had “Anne Frank eyes.” So, while she was growing up, her family called her Anne Frank. It never bothered McKenna, seeing as she always found it funny, and it actually helped spark her curiosity about Anne Frank, and who she was.

McKenna took the time to learn about Anne Frank and her story. “After all this I was interested in Anne Frank. After seeing the photographs of myself compared to the ones of Anne, I saw the resemblance.”

Here friends saw it, too. In 6th grade, when the students were reading The Diary Of Anne Frank, one of her friends pointed out that she looked identical to the girl depicted on the cover. That’s when it became an ongoing joke outside of more than just her family. One time, another of her friends took her phone, and started taking a video on her phone with a bunch of other guys, and said something along the lines of “Hey, we have Anne Frank’s phone, we’re making a video diary.” along with other comments not at all relevant to this story.

McKenna still didn’t care about the little jokes being made, because she honestly found them to be funny. She isn’t usually bothered by things, she’s very even-tempered and she has a good sense of humor. McKenna herself even made a joke in Mr. Filley’s classroom when they were talking about the Holocaust. She was a sophomore, so she was turning sixteen that year, and McKenna, knowing that Anne Frank died at fifteen, was talking about her birthday and said something along the lines of, “I don’t know if I’ll even make it to sixteen, Anne Frank didn’t and we seem to be twins.”

McKenna’s sister is learning about Anne Frank and the Holocaust in school and she texted her mom, making a comment about how young McKenna looks so much like Anne Frank. Her mother found a photo of Anne Frank, and put it side by side with McKenna’s childhood photos and it honestly is quite shocking.

It’s kind of ironic how some people look identical to certain celebrities/historical figures, but you almost never expect your family to start a joke, and your friends to start it totally separately. Who would have thought Cambridge Isanti High School would have our own doppelganger?