Everyone has their favorite hobby whether it be reading, writing, etc. For a good deal of high schoolers, including myself, gaming is a hobby that they enjoy partaking in. But, for this article we’re 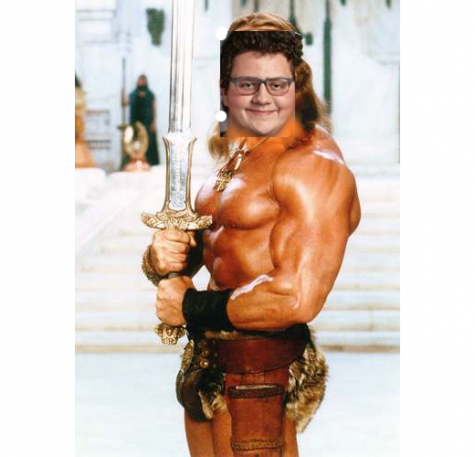 putting down the headsets and controllers or keyboard and going to sit at the table to play a tabletop game. The game in question is Dungeon and Dragons. D&D has been around since 1974 being first published by Tactical Studies Rules, INC. Since 1997, Wizards of the Coast has been publishing it. D&D is recognized as the start of the role playing games we know and love today. D&D itself is more of a set of rules and instructions than a completed game letting the “Dungeon Master” or the DM create their own world. In my experiences I have started to see that it can help some important skills needed later in life and have collected some of the major ones I could think of.
Team work
In the world of D&D teamwork makes the dream work.If you aren’t working as part of the team or party as it’s normally called you’re just by yourself and your chances of surviving drop. The more hands you can get helping you, the better off you all are, for example fighting a dragon. Teamwork is crucial in today’s workforce. Nearly every job you can find you’ll be working with people as a team to solve or do something.
Deep thinking
Something that is very common to appear are riddles and puzzles. These situations can vary in difficulty and can last for some time. These help make the player think outside the box and often also require a lot of team effort to do. No matter how simple it may be, it is always a good feeling to be done with them. Another way deep thinking is used is when players plan things long term like for large mansions or for busnesses to make them more money while they adventure. This also tends to help with managing and saving.
Strategy
Strategy can be key in a session of D&D. Anywhere from just what you might need for the new adventure or sometimes how to lead troops into battle to have as little casualties as possible, which the party I was apart of had to do one time poorly. I have found that sometimes the strategy is as simple as doing what you think is best. Strategy is good because it is an amazing thing that everyone uses and for the game itself it can save time and occasionally headaches further down the road.
Writing
Both for the DM and the players writing can be a major part of it. The DM after a certain point must write up the campaign themselves, the creators of D&D made premade campaigns but highly recommend you to do your own thing. This lets your imagination take flight to make an interesting campaign or adventure that keeps the players attention drawn in. The players also get to bring out their writer side by means of their playable character(PCs). The background of the PC, their life before this adventure. Some DM’s like to use those backstories and wrap them into the campaign and make the character feel truly apart of it. A good example of this is when my DM brought back an old enemy from my character’s past or brought another’s brother back who worked for a merchant.
D&D is extremely fun and I’d recommend people giving it a try.