Review of Hamilton the Musical Movie 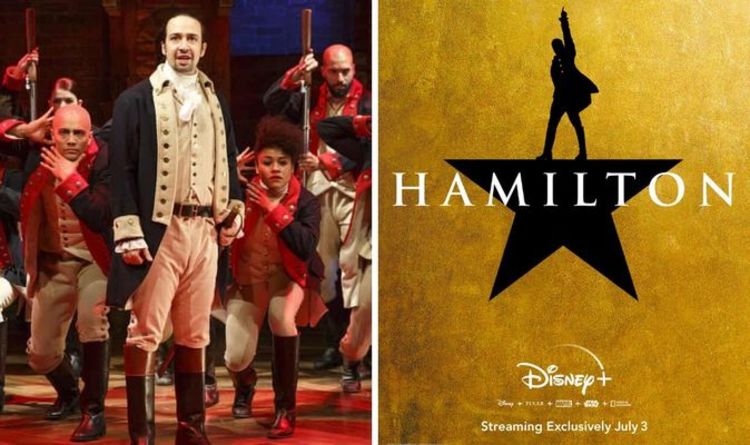 In this movie review I will be talking about the newer musical movie called Hamilton which debuted on Disney+ on July 3rd this year. In my opinion, I would give Hamilton a 4 out of 5 star review. I would give it a four star for many reasons.
The story line in Hamilton is mostly historically accurate. Lin-Manuel Miranda
(the writer and composer) had taken about seven years to make and find all the information on Alexander Hamilton and his life. For me, I absolutely LOVE history. I love getting to know people in history that are not known enough. Before I watched this musical, I had no clue who Hamilton was. After watching it, and listening to it many times, I am automatically sucked into this story. Although yes, there are a few facts that were wrong such as, Martha Washington did not name her cat after him (“A winter ball”). As well as, Phillip Hamilton DID NOT have a little sister as he said he did in the song “Take a break”.
Next, there are a few things viewers should need to know before watching Hamilton. Hamilton IS a good musical but I would not recommend this for anybody under the age of 13.since there are some cuss words (but not in every single song). Another reason why I would say this age is because in the song “Say no to this” It talks about Hamilton having an affair with someone named Maria Reynolds (Say no to this, and Reynolds pamphlet). In all, I would not recommend this for anybody under the age of 13.
Lastly, The characters feel unquestionably real. Once people get through the first five songs, you are hooked into the story line and the characters lives. If you were to ask me who my favorite character would be, I would say “Upstar” Aaron Burr. Although some people might disagree, Aaron Burr plays a real part in Hamilton’s life. (no spoilers!) Aaron Burr becomes Hamilton’s best friend and helps Hamilton make life changing choices. Then there are the Schulyer sisters (Angelica, Eliza, and Peggy) the two sisters Angelica and Eliza played a big role in Hamilton’s life. Hamilton had married Eliza so then he became the brother-in-law to Angelica and Peggy. To conclude, I would Say Hamilton is a good movie/ Musical.