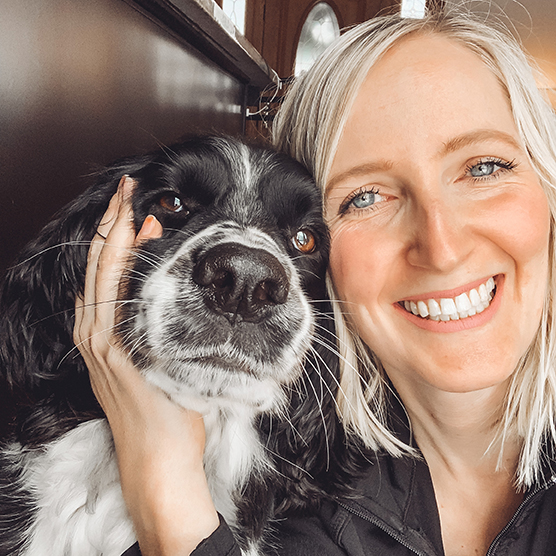 “I shared the video with my co-workers and friends and it was fellow CIHS counselor Mandy Johnson who encouraged me to submit it to America’s Funniest Home Videos!” said CIHS Counselor Samantha Schmidt.

And the rest was history. On January 17th her husband, Aaron. filmed a video of Schmidt and her dog (Toby) sharing a sweatshirt while feeding her dog some treats. Schmidt supplied the hands while her snacking Springer Spaniel devoured the goodies.

“I have seen the show on and off for years. I don’t watch it consistently, but I do like to catch some of the funniest clips they share on their social media,” Schmidt said about the show.

“I was not selected as a finalist for the episode. Her video was part of a larger segment in the show called “Animals with human hands.” Although she didn’t win the big prize, she did score an AFV t-shirt.

Will Schmidt submit another video? “If I create another funny video. I would definitely consider submitting it to the show!”

Unfortunately, Schmidt and her family wasn’t invited to the show’s taping since no live audiences are allowed because of Covid-19.

Maybe next time Schmidt and her crew will not only win a t-short, but a free trip to Los Angeles to be in the audience during the taping.